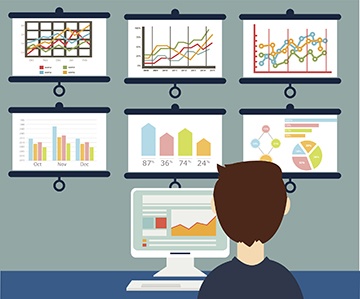 COVID-19 has upended daily life across the U.S. While this tumult has created uncertainty and fear, it also opens up new opportunities. Unemployment has become a focal point of the legal industry in this pandemic, but the unique conditions have created needs in other areas, including estate planning and tenant laws.

Consumer demand for estate planning resources has been increasing since the beginning of this pandemic. Estate planning is critical for populations that are most vulnerable to COVID-19 infection.  As a slow-moving mass casualty event, COVID-19 has given consumers time to consider their options and contingency plans.

Traffic changes were largest in South Dakota (49%), North Dakota (31%), New Jersey (30%), Florida (26%) and Nebraska (24%).  Interest was centered around generic estate planning resources, but many consumers were interested in topics such as living wills, funeral arrangements and Physician Orders for Life-Sustaining Treatment (POLST) forms.

Landlord & Tenant legal resources in Vermont, New Jersey, California, and Washington DC showed an average traffic increase of over 30%. New Jersey, California and DC have all suspended evictions, with the Vermont state senate considering similar measures on April 4th. 4 Eviction moratoriums have proven complicated in their own right. Many consumers are left in need of additional resources and assistance to find out whether they are covered under the CARES Act.

In addition to these trends, we have also seen spikes in customer interest on specific legal resources.

We saw a massive spike in visits to child custody resources after posting guidelines on visitation in this outbreak period.

Interestingly, we have not seen spikes in visits to bankruptcy, foreclosure or debt settlement content. As the pandemic progresses we will share further updates on content consumption.

Traffic to Nolo legal resources around unemployment continued to grow, but at a lower rate than seen in previous weeks.

This data does not mean that unemployment interest has slowed. While some states did see traffic to unemployment resources decrease week over week, it’s important to note that traffic is still several times higher than traffic at the same time last year.

However, it does indicate that the rate of unemployment change in most states has leveled off. The exceptions are heavily concentrated in the South East, with Alabama showing a 55% increase to previous record traffic numbers. States such as Alabama and Florida were some of the last to issue stay at home guidelines, which likely contributed to these increases. The official unemployment figures show a modest increase in advance unemployment claims in these states, so this might represent some anticipation of future job losses.

As the rate of change in most states has leveled off, we believe that our data is most useful in determining the demand for legal assistance with different employers and state unemployment systems.