Home / Law Firm Marketing / How lawyers get found in 2015 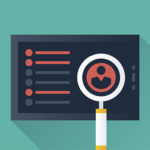 Understanding how your next client will find you is critical to earning their business. Two years ago, Moses & Rooth provided us with some guidance. Recently, they again partnered with Mike Blumenthal to ask survey participants, who had hired attorney within the last year, how they found the lawyer they hired.

I encourage you to check out some of their conclusions and insights.

One of the most valuable features of the Google consumer survey platform, is the ability to group participant answers. This allows users to group open-ended answers together. For example, I created a “relationship” group that contained the following answers:

This is very useful for analyzing larger buckets of answers. From analysis of the open-ended answers, I identified four major groups of answers:

They want to know and trust you

It shouldn’t come as any surprise that legal services consumers continue to hire lawyers by asking people who they know and trust. There have been several surveys that have borne out similar results. But most experienced lawyers don’t need surveys to tell them that, they’ve lived it. However, there are a few nuanced takeaways to consider.

First, as was observed by Moses, Rooth and Mike:

People turn to their friends for a lot of reasons, including legal problems. Across all demographics, the most common method of choosing a lawyer was through a friend. There were only two exceptions to this trend:

Survey participants ages 18 to 24 years-old were more likely to search the internet to find a lawyer. In fact, 17.8% of survey participants in this age category said they had retained a lawyer via the web compared to only 12.1% who indicated they had chosen a lawyer based on a friend’s recommendation. Not surprising.

Survey participants earning more than $150,000 per year were more likely to choose an attorney based on an internet search, than via a friend. Very interesting.

There are a myriad of potential explanations for these results. Perhaps 18 to 24 year-olds don’t know many lawyers yet. Perhaps they’re “digital natives.” Perhaps it’s something else. No matter how you slice it, some people search for lawyers directly from the web.

Second, it’s likely that many of the respondents that have been grouped in the “Relationships” bucket also used some form of communication technology as part of their process. For example, it’s reasonable to conclude that at least some of the “referral from a friend” respondents went to Google to “look-up” the lawyer to whom they were referred. Likewise, it’s reasonable to conclude that most of the “Facebook” respondents received recommendations from friends on Facebook (as opposed to ads).

What this really shows us is how the line between offline and online continues to blur. This trend behavior is well-articulated by Google’s micro-moment concept.

The value of online relationships

You see, the web helps us create, nurture and solidify relationships. You have probably heard somewhere that you need to market your practice on the internet. But you misunderstood how the internet works in the context of building relationships. This is part of the reason why there are so many lame law firm Facebook pages.

Instead of bombarding people with more law firm advertisements that they hate, try a different approach to communicating the value of your services. Highlight your most important reputation evidence. Think of yourself as a publisher, not a commercial.

Lawyers tend to spend so much time and money obsessing about things like links, rankings and followers. These tend to be the same lawyers who don’t regularly contact current and former clients. These the people who are most likely to send you your next clients. Spend more time doing real law firm stuff.