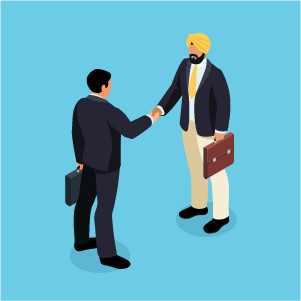 The American Bar Association Model Rules of Professional Conduct serve as models for the ethics rules for 48 states in the U.S. For purposes of this post, I am addressing on Rule 3.6.

Rule 3.6 states that lawyers involved in investigation or litigation of a matter should not publically discuss the case, so as not to prejudice the matter. The standard of care is whether they knew or should have known that the information would have a substantial likelihood of materially prejudicing an adjudicative proceeding. However, the rule further clarifies that lawyers may state certain facts of the case, including “information contained in a public record.”

The battle between the court of law and the court of public opinion is tantamount to what can and should be discussed publically as it relates to pending legal matters. In addition, we often hear Rule 3.6 discussed as it relates to traditional media (print, radio and television) in relation to criminal cases. But Rule 3.6 has more far-reaching implications. It applies to every type of legal matter – both civil and criminal alike. In fact, special rules of confidentiality may govern juvenile, domestic relations and mental disability proceedings, among others. Rule 3.6 also applies to every type of media, not just that which is considered traditional. It also includes social and electronic media such at LinkedIn, Facebook, Twitter, Google+, blogs, websites and the like.

But what about potential witnesses and experts in legal proceedings?

Do witnesses need to comply with trial publicity ethics rules?

According to attorney Heather Hansen, a litigator with O’Brien & Ryan, LLP and a legal media correspondent, “a recent example is the Michael Brown shooting in Ferguson, Missouri, and the media attention given to the case to date. The attorneys for the family have held many press conferences, and some met the confines of the rules. Some press conferences may have walked the line.” (Note: Missouri has adopted the ABA Model Rules including Rule 3.6 verbatim.)

Hansen explains that during one press conference, medical examiners hired by the family – who are likely to be called as witnesses at trial – were allowed to speak directly to the press.

She said, “It worries me that the autopsy by the family’s hired expert was the subject of a press conference at this early stage. Under the comments to the Rule, one could argue that the lawyers themselves should not have been talking about it, much less calling their experts to talk about it to the press. This was compounded by some discrepancies between what was said by one of the lawyers at that conference and what was said by the medical examiner. These discrepancies will be explored at the trial of this matter, whether that trial be criminal, civil or both. This is enormously concerning from an ethics perspective.”

Another point Hansen made is that the experts who conducted the autopsy have since been on TV (twice with her) and have commented on their findings. Although this is not specifically addressed in the rules, it certainly makes sense that an attorney should encourage his witnesses NOT to speak to the media and not to share the results of his tests. This is especially true if that same expert will be subject to cross examination on his findings.

Hansen said, “If I were the attorney on the other side, I would be parsing every statement ever made on television and in all media outlets, including social media, for contradictions with the testimony at trial.

In my opinion, this may have been a disservice to the Brown family. The attorneys involved are in a difficult position as the public is clamoring for answers and there is certainly a way to use the media to the family’s benefit. In fact, one could argue they are ethically compelled to do so.  The tightrope they walk in these matters is miniscule, and I do not envy them.”