Class Action: A New Podcast about the Next Generation Of Lawyers 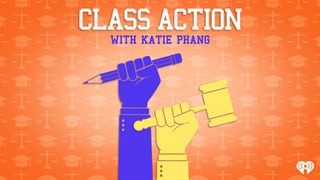 Hosted by Katie Phang (a trial lawyer, Anchor, and Host for MSNBC and Peacock), a new 12-part podcast series called “Class Action” tracks a diverse cast of law students engaged in mock trial competitions across the country. The first two episodes drop on June 7th on iHeartRadio. We caught up with co-producers Lisa Gray and Kevin Huffman to get the details.

So, why mock trial? It seems pretty niche.

LISA: Jury trials—a bedrock of a fair justice system—are becoming rare. Prosecutors aggressively push plea deals on defendants, while defense attorneys, often untrained in courtroom procedure, urge them to accept. But in the wake of high-profile verdicts like the George Floyd case, and with the growth in trial “mooting”/mock trialing at major law firms, trial advocacy training is gaining popularity.

KEVIN: Mock trial tournaments are quickly becoming a necessary and exciting kind of collegiate sport. The budding young lawyers on Class Action are extraordinary, bright, ambitious and sometimes ruthless. They’re poised to enter a justice system that is under intense public scrutiny. Mock trial trains them to harness this energy and gives them a kind of in-court experience necessary for their future careers.

Who are our main “characters”?

L: We’re guided through the stories by Katie Phang, a trial lawyer herself. Listeners will get to meet the students as well: Andy Vizcarra, a first-generation American whose parents emigrated from Mexico to Texas and have worked tirelessly at their restaurant to put their daughter through law school; Tyler Volesky, a young Native American politician, now a law student in South Dakota; Ellie Sands and Anjani Shah—part of a team of activists from Brooklyn Law—who battle for justice not only in mock trial but in real-life legal clinics; DeAndré Bell, a self-styled “church boy” from Houston, who plans to run for President in 2040; and Lajeanne Shelton, the powerful lion of the Dillard team who bristles at comments that she’s too aggressive in court.

K: And the coaches! We hear from St. Mary’s trial coach AJ Bellido de Luna, a former US Marine, turned cop, turned advocate. He loves his job and protects his students like the warrior he’s always been. At South Dakota University’s Knudson School of Law, coach and Professor Laura Rose relentlessly prepares her team for the big leagues—to knock the “South Dakota Nice” out of them. And in New Orleans, beloved coach Adria Kimbrough reveals, mid-season, that she is leaving her team at the end of the year. But first she wants that national championship for her HBCU students.

How did you put the podcast together?

K: We spent a year recording bootcamps, scrimmages and competitions with law teams from Brooklyn Law, St. Mary’s University in San Antonio, and the University of South Dakota.

L: We also followed an undergraduate team from Dillard University in New Orleans trying to bounce back from the twin disasters of Covid-19 and Hurricane Ida to make a Cinderella run at the national championship.

What can we expect from the series?

K: It’s a “cinematic” podcast: listeners are immersed in the action, it’s direct and emotional. The music swells, stories play out. Coaches urge players on the sidelines, as Katie and a team of noted trial attorneys—including Preet Bharara, Elie Honig, Lara Bazelon and Tony Serra— help break the code of American law.

L: Class Action has mic’d-up behind-the-scenes drama, in-depth character scenes, and immersive courtroom battles. Lawyers, law students, and any listener who loves a good story will be caught up in the drama that unfolds, armchair-quarterbacking the cases. Judging judges. Predicting decisions.

Class Action is available on Apple Podcasts, Spotify, PocketCasts or wherever you get your podcasts. You can also follow Class Action on Twitter: @ClassActionPod.

How do people find and hire attorneys?
By Gyi Tsakalakis 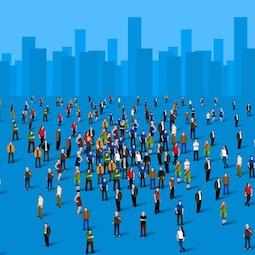 Consumer Behavior During a Pandemic
By Celia Colista
The largest legal marketplace. Powered by Martindale-Avvo.