Home / Legal Industry Research / The End of the LSAT? 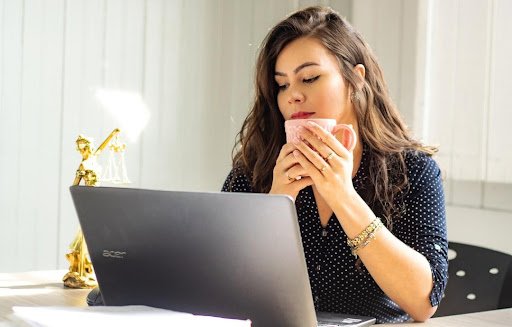 In a memorandum dated April 25, 2022, the American Bar Association (ABA) announced that they would no longer require an admissions test, although law schools are free to require their test of choice.

This subject has been rumbling since 2018 with the elimination of Standard 503 and its requirement of an admission test, i.e., the Law School Admissions Test (LSAT). This decision was met with considerable opposition at the time, and the ABA withdrew the resolution for further consideration. In November 2021, the Council voted to allow law schools to use the GRE and the LSAT for admissions.

“A law school may use admission tests as part of sound admission practices and policies. The law school shall identify in its admission policies any tests it accepts.”

Brief History of the LSAT

The LSAT was first administered in 1948. It was the result of a Columbia Law School admissions director inquiring into whether a better admissions test could be created to correlate with 1L grades instead of bar passage success.

Evolution of the LSAT

Although it may feel as though the LSAT is a constant in U.S. legal education, it has endured change:

So, while the potential elimination of the LSAT is a shocking concept, it may be the next logical step in its evolution.

Should Law Schools Eliminate the LSAT?

The ABA has essentially left the decision to eliminate the LSAT in the hands of individual law schools. So the total elimination of the LSAT does not appear to be an impending event. However, it leaves many begging the question, ‘Should law schools eliminate the LSAT, now that they may choose?’ Indeed, many law schools have wanted to throw off LSAC’s sometimes harsh influence on law school rankings for many years.

Unsurprisingly, the decision has split the legal community with arguments on either side of the fence.

Arguments in Favor of Losing the LSAT

Quite a few people are in favor of doing away with the LSAT. One of the most vocal arguments is that of diversity.

Diversity has been a hot argument in education for a long time. As the US becomes more diverse, the legal field continues to resist a similar evolution. By 2050, the U.S. will not have one clear racial or ethnic majority. The legal profession has historically faltered in its attempts to increase diversity without lowering the quality of its community.

The LSAT has long empowered those with money over those without. Wealthy families can afford to spend thousands of dollars on expensive LSAT prep courses and private tutors. Meanwhile, disadvantaged students struggle to purchase LSAT prep books and previous exams.

One study found that black test-takers scored 11 points lower than white test-takers. This contributed to black applicants being between 60% and 70% more likely to be refused acceptance to law school. A test that favors the elite will not aid current diversity efforts.

Once students graduate from law school and enter the workforce, they will encounter a world that looks quite different from many graduating classes.

Benefits of workplace diversity include:

The appropriate diversification of law schools is inevitable. The only questions are how and when.

Many law schools support having a bigger pool of candidates from which to choose their incoming class.

Law school admission rates have been falling in recent years. Allowing students to substitute a GRE score for the LSAT would likely boost application and admission numbers for many schools.

Opportunity To Use Measures That Are More Indicative of Success

One particularly exciting argument for ditching the LSAT is the opportunity to use a test that will better correlate with success in both law school and the legal field. Studies have shown little correlation between law school grades and LSAT scores. Likewise, the link between bar passage and LSAT is also tenuous.

The opportunity exists to create a new test that more adequately gauges the likelihood of success in the legal field. This opportunity should be seized.

Arguments Against Losing the LSAT

Of course, as vehemently as some favor kicking the LSAT to the curb, others are defending it just as aggressively. The most interesting argument is against encouraging further institutional abuse of the legal educational system.

There is the possibility that some law schools may take the opportunity to prey upon would-be law students. Indeed, many legal blogs condemn the practices of certain schools that regularly scoop up applicants with woefully low LSAT scores. Many of these educational institutions have poor bar passage rates and employment prospects for their graduates.

Those who oppose eliminating the LSAT foresee further abuse of these practices by certain schools that continue to pump a disproportionate supply of underprepared law graduates into an over-saturated market, leaving these graduates with crippling student loan bills and few prospects and weakening the overall legal talent pool.

Other opponents claim it’s a way for law schools to feed off uncertain students who aren’t ready to face the real world but aren’t fully committed to a graduate career path. Accepting the GRE in lieu of the LSAT will likely attract more of these applicants.

Admissions have been falling around the country for many law schools. Some critics claim that accepting GRE scores will allow law schools to selfishly pad their pockets by filling out their classes with underqualified students who wouldn’t have otherwise applied.

Most critics of retiring the LSAT have an underlying theme running through the arguments. They distrust law schools to adhere to admitting high-quality applicants if there is no penalization. They doubt that law schools will ethically regulate their admissions in the face of potential economic gain. And looking at certain schools, particularly for-profit law schools, that is a founded fear.

Does It Even Matter?

Currently, law schools are still accepting the LSAT, with a few accepting the GRE in its place. For the moment, with many uncertainties, a few things do seem certain:

It’s hard to tell if eliminating the LSAT is a step in the right direction toward eventually using more creative and indicative means of admission. It may also be a slippery slope toward the degradation of the legal profession. One thing is certain; change can be scary, especially the changing of long-held institutions like the LSAT. Hopefully, this change brings much-needed improvements to long-dusty practices.