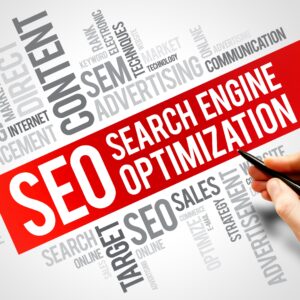 Online marketing would be much less complicated if companies like Google told businesses exactly how their algorithm determines the order of their search results. Until that very unlikely event takes place, law firms need to look to industry experts to determine how best to take advantage of Google to help their practice succeed.

One of the more well-known resources for SEO is a company called MOZ, who released their 2017 local search ranking factors survey results earlier this year. MOZ assembled 37 experts in SEO and asked them to answer questions regarding varying factors and how they contribute to rankings on Google. Although MOZ and the results of the survey are not specific to law firms, the results were particularly interesting with regard to the impact of reviews.

One of the more recent updates to Google search results is what is commonly referred to as the local pack. For most searches that include a location, Google will display a map and 3 business listings. 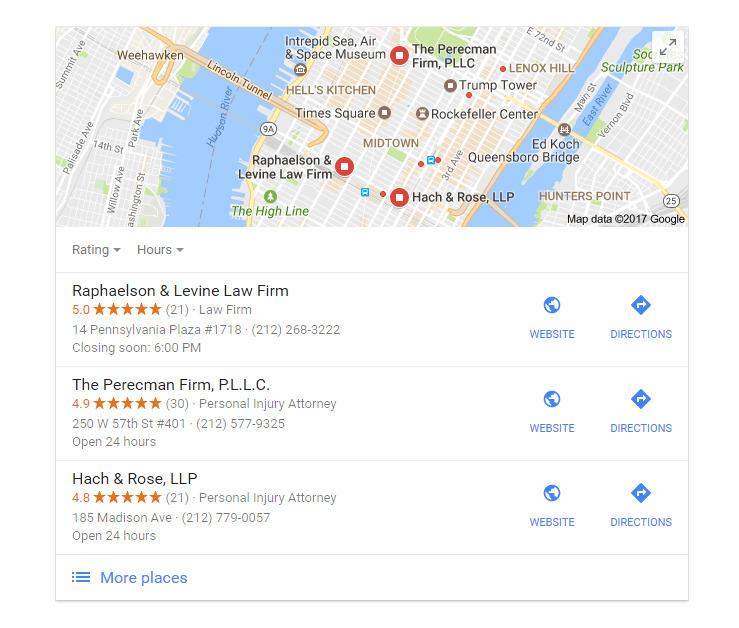 Appearing in this section can be critical as it appears above the organic search results. According to the SEO experts that contributed to the survey results, reviews were the 5th most important factor contributing to appearing in this section, which is up from the 11th ranked factor in 2015, the last time these survey results were published. While inbound links and NAP (name, address, phone number) consistency are still big parts of the Google puzzle, reviews are increasingly a key component as well.

There are three primary factors that make up reviews in the Google context, as outlined by MOZ in their survey results:

Review quantity: As you might expect, quite simply, the more reviews the better. Law firms should consider institutionalizing review requests as part of their closing process with clients. For more information on asking for reviews, read our 2016 blog post on the subject.

Review velocity: On first glance, a term like velocity might suggest that getting more reviews quickly is better, but it’s actually the opposite. SEO experts believe Google is looking for a steady stream of new reviews, as opposed to a flood all at once, to demonstrate a successful business. A flood of new reviews could suggest a law firm is trying to game the system, and Google may penalize the firm’s ranking.

These difference makers seem straightforward, but taking advantage of them can separate you from the competition because everyone doesn’t focus on reviews. Don’t be like the herd, use reviews to separate your firm from the pack.