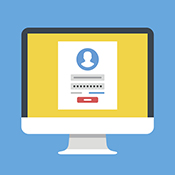 Forecasters and economists expected unemployment rates to continue to rise in May. Surprisingly to many, however, unemployment fell and employers added 2.5 million jobs. Across the country, claims are still heavily backlogged across most states, but some are starting to make progress towards helping all constituents whose jobs were impacted by COVID-19.

As unemployment falls and jobless individuals get assistance, Martindale-Avvo has seen a decrease in pageviews on unemployment law content.

With job losses still at historical highs, consumers are still browsing unemployment legal resources at twice the pre-pandemic baseline rate (traffic at the beginning of March). Pageviews dropped rapidly between late March and early May. As state and CARES Act unemployment funds were distributed to affected individuals, we saw two steep traffic drops through March and April. Then, as job loss rates declined in May, Nolo saw a steady decrease in interest in unemployment law content.

Consumer interest in the unemployment appeals process also took longer to peak. Interest in appeals resources has since slowed, which seems to indicate increases in satisfaction with state level unemployment processes. Certain states, however, have a greater demand for legal resources, which might indicate further problems with unemployment infrastructure.

Some states continued to have increased unemployment law traffic volumes. All three states (Maryland, New Hampshire and Nebraska) with the highest continued change in page view volume have had problems with their unemployment insurance systems. Interestingly, other states have also experienced significant problems with unemployment payments, but Nolo traffic has not sustained the same increases. This seems to suggest that legal consumers’ needs are not being met in certain states, which should create opportunities for local attorneys.

Legal consumers are also concerned with proving that they are still searching for a job to make sure their benefits remain current. As with content about benefits for contractors and the appeals process, Nolo users’ interest peaked later than general unemployment resources. Demand for these resources is still over five times higher than it was in March, indicating that this continues to be a pressing concern for many people.

Overall, it seems as though the massive spike in unemployment has passed, but legal consumers are still seeking nuanced advice on how to file for benefits and support their applications.