Home / Lawyer Ratings and Reviews / A Review of Client Reviews 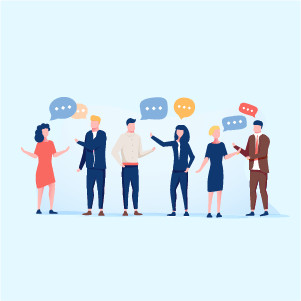 Many lawyers may view online reviews with hostility and, I will admit, I tend to be one of them. I think that may be because we are all thinking like lawyers. Fundamentally, lawyers seek to be understood and have the last word. Online reviews may not seem to provide either opportunity, however, an understanding of online reviews may prove that is not necessarily always the case. Instead of greeting online reviews with the combative nature of a lawyer, when approaching online reviews (a now common staple of the internet), it may be helpful to think like potential clients rather than lawyers.

I recently moved and, truth be told, I move too often. I have used professional movers on multiple occasions and have had poor experiences nearly every time. I have tried every combination of services from being completely packed and unpacked (and everything in between) to doing it all myself with the help of family. Last year, when I moved (did I mention I move frequently?), I hired movers who showed up four hours late, did not understand the fundamentals of loading a truck and were still at my new home at one o’clock in the morning.

Not wanting to repeat last year’s miserable moving experience, I conducted a review of online reviews when hiring movers. I was, of course, looking for anything that would suggest I might endure a similar experience with moving company X or Y but was also evaluating the feedback, the reviewer and the company if it provided a response—in short, the entire world of online reviews. Let’s put aside the obvious snobbery that lawyers and movers are not the same thing but instead say that both offer services in a chosen industry and leave it at that.

Online reviews are valuable customer feedback and while they may offer some utility as market research without the budget for market research, it is important to remember that reviews from clients that have used a lawyer’s services will not tell the lawyer about those that did not select the lawyer’s services for one reason or another. It is important not only that lawyers rely on online reviews for customer feedback but that potential clients rely on them when making hiring decisions.

As it turns out, when I was going about the process of reviewing online reviews of moving companies, I was engaging in a process many people engage in when preparing to purchase goods and services. The best type of “marketing” is positive word-of-mouth from someone that the potential client has a trust relationship with. However, a 2013 Nielson survey on trust and advertising found that the third most influential type of advertising was online reviews; 68 percent of those surveyed noted they trust online reviews. It is important to understand that online reviews create a trust relationship—i.e., I trust a stranger’s review because they are in a similar situation to me.

I often see this referred to as “soliciting” online reviews but I dislike that term. I prefer to think of a client being encouraged to provide a review of their experience. A survey of 10,000 consumers (think potential clients), released by Avvo in late 2013, revealed that 75 percent of respondents would not mind being asked to provide an online review in the event of a positive outcome. Avvo has also found that for the period of time it has been providing a forum for online reviews of attorneys, more than 80 percent of those reviews have been positive. This should, perhaps, make lawyers less uneasy about the idea of online reviews.

It is important to remember in the world of online reviews of attorneys (and usually in general), forums for online reviews such as Yelp, Google, Avvo, Martindale Hubbell and Lawyers.com, have particular community standards. If the lawyer believes that a review is fraudulent, the lawyer may be able to reach out, based on community standards, to the forum and request a review be removed or otherwise. It is important, when responding, that attorneys keep in mind their own ethical rules.

When responding directly to a review, remember to think like the potential client. When I was reviewing movers, worse than a negative review (which I could evaluate the merit of to some degree myself) was when the company being reviewed went on the attack against the reviewer. At that point, I no longer cared about the content of the particular dispute but received the message that this was a person or company that I do not want to do business with. It is important to look at responding to a review as an opportunity, and handle it as such, because it is a message the lawyer is providing to the public.

By understanding online reviews, and utilizing them properly, lawyers can better manage their online presence and, in so doing, increase business. One survey found that online reviews are a driver of new business, as 56 percent of legal professionals surveyed noted that, in addition to referrals, the majority of new business they received was generated through online lawyer directories and ratings and review websites. As with any change, reviews are an opportunity lawyers can be involved in to benefit their businesses.