Home / Lawyernomics Online / My Advice for New Lawyers: Learn to Be a Trial Lawyer 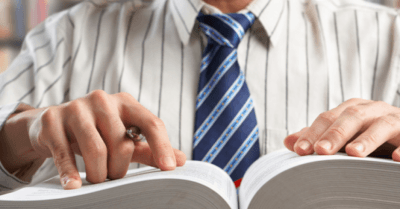 How can you possibly differentiate yourself as a new lawyer from the thousands of other lawyers in your market?

I faced the same question nearly 20 years ago when I became a new lawyer. How could I separate myself from all the other lawyers practicing in the same area of work? How could I bring in business? So I thought it might be helpful if I were to share my own early experiences. I hope it may prove helpful for new lawyers today, and perhaps even for lawyers with a few years of experience under their belts as well.

I soon realized that even though there are lots of lawyers out there, there were very few lawyers that really know how to try a case, and frankly, very few who even want to. This remains as true today as it was back then, and this applies to almost all areas of litigation practice, not just to personal injury lawyers.

You Have to Try Cases

Like all new lawyers, I knew nothing at the time about trial. So to develop my own trial skills, I started by asking the other lawyers in my law firm to give me their worst cases for trial. I wanted the cases that no one else wanted. I wanted the “stinkers.” I wanted the cases that everyone thought I should lose. Taking these cases to trial was a win-win. I wanted trial experience — and fast. And I needed cases that I knew the defense would push to trial by making only the most nuisance of settlement offers. I wanted the cases everyone expected I would lose because if (and when) I did lose, everyone was expecting it anyways.

But when I won, I was a hero. And for the clients, it was especially beneficial because the insurance companies weren’t offering them anything to settle their cases anyway.

I was also lucky with the timing of when I became a lawyer. I started to practice law in 1995, which was the same time that Allstate Insurance Company started its MIST (minimal impact, soft tissue) defense program. Allstate would aggressively defend low vehicle damage cases with soft tissue and whiplash injuries by pushing these cases to trial as part of a wider strategy to deter plaintiff lawyers from taking such cases.

As the famous investor Warren Buffett says, when the tide goes out, you can see who is swimming naked. There were a lot of naked plaintiff personal injury lawyers in the water (not a pretty sight). An entire generation of personal injury lawyers from around the nation had no trial experience. These lawyers had spent the previous 20 years expecting that every case, no matter how much of a “stinker,” would settle. These were lawyers who didn’t try cases in courtrooms. Instead, they had grown used to settling every case with insurance company claims adjusters on the telephone, or putting the cases they couldn’t settle into binding arbitration.

Now, all of a sudden, they were being forced to try these cases, and many hadn’t tried a case in over a decade or more. Confronted with $0 settlement offers on tough cases, personal injury lawyers across the United States were being forced to go somewhere they had never gone before.

No, not deep space.

Many did not “boldly go” at all.

Very soon after I started my own aggressive campaign looking for trial experience, I recovered my first million-dollar verdict. I was 28, and I was the youngest lawyer in Michigan history to recover a million-dollar jury verdict. It was an Allstate “MIST” case in a very conservative place in Michigan. The offer from Allstate was $10,000. The jury returned $1,060,000. The state’s legal newspaper ran the trial verdict as a front page story. And later, when the case settled  for five times over the insurance policy limits, that also made the front page.*

And a funny thing happened.

I started getting referrals from lawyers from all over the state. Lawyers were coming out of the woodwork to refer me these soft tissue and whiplash injury cases for trial. Even in a hyper-competitive legal profession with thousands of Michigan personal injury lawyers, I had other lawyers seeking me out to refer these cases to me. Shortly after, I took a “mild” traumatic brain injury case to trial, where the plaintiff had tried to work for several months after her car accident. There was also a substantial delay in medical treatment for her brain injury while she had been trying her best to work. The settlement offer was very low, and while we were in trial, the insurance company raised it to $100,000. The jury returned $4.2 million.

And again, just as before, I had lawyers from all over the state referring me these TBI cases for trial.

These experiences taught me something important. It doesn’t matter how many lawyers are out there.  It doesn’t matter how many lawyers directly compete with you (and plaintiff personal injury law has to be one of the most competitive areas of law both then and now).  But if you are a successful trial lawyer, and if you’ve proved that you can get results even on tough cases, then you have something that very few other lawyers have. You have something that makes you different from all the other lawyers.

Even your own legal competitors will refer to you.

In the years since, I’ve tried a number of other types of cases, so I’m no longer the “soft tissue and “mild TBI” king in Michigan. But these early trials on some very difficult cases — cases that no other lawyers really wanted — helped me to create a base of experience that the lawyers who came a generation before me never had.

Today I receive referrals from lawyers all over Michigan. Many of my cases are wrongful death automobile accidents and very serious truck accident cases. But I wouldn’t be getting these cases today if I hadn’t been so willing to take the tough early cases to trial and risk getting my head kicked in, over and over again. I would be just another lawyer trying to make a living. These early cases helped me get the trial experience I needed.  This trial experience led to trial results that helped me to separate myself and make a name for myself in an otherwise overcrowded profession.

Many lawyers are scared of trial. These lawyers should be more scared of not being able to differentiate themselves from the thousands of other lawyers who compete with them. When I tell my own story to other lawyers, I’m always astonished at the response I receive. Many lawyers think that I must have some sort of gift, and that this wouldn’t work for them. Nothing could be further from the truth.  My very first trial, about three months after I passed the bar exam, was a complete disaster. I had no idea what I was doing.

In the first five years of my practice, I scheduled at least an hour, five days a week, to read as much as I could. I read trial depositions. I went to seminars. I read books and magazines on trial advocacy. If I found something I liked, I would copy it and put it in different files. I had files for every phase of trial, from voir dire to closing argument. I had files for common injuries I would see over and over again, such as for herniated disks and traumatic brain injury.

Now, nearly 20 years later, many of these files have grown into bankers’ boxes.

If you are a new lawyer, you should be making it a part of your job to schedule at least an hour for yourself every day to make yourself better at what you do. Spending lots of hours doing your job will only make you good at doing your job. But it won’t help you in the courtroom. Spend this time investing in yourself and you can shave years off of the experience curve.

So much of what we do is not intuitive. It almost all has to be learned. You have to dedicate the time, because you won’t learn the medicine in law school. I would read everything I could on the underlying medicine. I would learn cold the substantive law in my own state on the Michigan no fault law. I even took a college night class with a few hundred local insurance company claims adjusters.  No lawyer just wakes up one day and knows how to do all of this. It requires dedicated study. Trial advocacy, persuasion, communication (and this definitely includes how not to talk and act like a lawyer), the medicine, and the law you practice. Again, it all must be learned.

As I write these words, my daughter Abbey is 9 years old and my son Henry is 7.  I would love one day to have them join me in my law practice.  If this should happen, and one day 16 or 18 years from now (who’s counting), one of my children ask me how they can distinguish and differentiate themselves when there are so many lawyers, I’ll tell them: LEARN to be a trial lawyer.

*For information regarding the cases and settlements mentioned above, please visit our Press Room