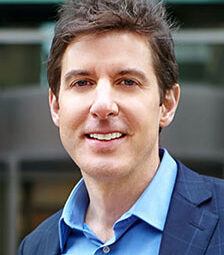 Mark Britton was the Founder and CEO of Avvo. Prior to founding Avvo, Mark was the executive vice president of Worldwide Corporate Affairs of InterActiveCorp Travel (IACT) and Expedia, Inc. (NASDAQ: EXPE). In this position, Mark oversaw all finance, strategy, corporate development, legal, human resources and government relations functions for the IACT companies, including Expedia, Hotels.com, Hotwire, Classic Custom Vacations and Interval International. He was also Expedia’s first General Counsel. Prior to joining Expedia, Mark was an attorney and equity partner-elect of the law firm Preston, Gates & Ellis LLP (now K&L Gates). In addition to Preston Gates, Mark practiced law in a small and medium-sized law firm and served as Senior Counsel to the U.S. Securities and Exchange Commission. Today, Mark serves on the Board of Directors of Orbitz Worldwide, Inc. (NYSE: OWW). Through his work with Avvo, Expedia and Orbitz, Mark has been a central figure at the intersection of the Internet and professional services for over a decade. Mark’s passion for helping consumers make better choices regarding legal professionals led to him being named one of Seattle’s “Top 25 Innovators” by Seattle Business Magazine in 2007. Mark is also a frequent commentator on consumer issues, regularly appearing on programs such as ABC’s Good Morning America, Fox Business’ “America’s Nightly Scoreboard,” CNBC’s “Power Lunch,” CNN Money and Dow Jones MarketWatch. Mark received his law degree from George Washington University. He holds a degree in finance from Gonzaga University and serves on Gonzaga’s Board of Regents.

Above the Law asked a simple question of their readers today: “Are you still happy you went to law school?” The post immediately received dozens of replies, some of which are laugh-out-loud funny (as are many things on ATL); but most were impressively negative.

Last week, Google announced that Google+ (aka, “Google Plus” or “G+”) has reached 170 million users. By any measure, that is a truckload of users; but it is staggering when you consider that G+ is less than a year old.