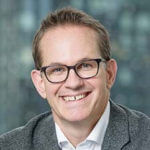 Josh was previously responsible for Avvo’s legal affairs and business operations. Prior to joining Avvo in 2007, Josh spent over a decade in the wireless industry, including roles as Vice President, Corporate Development at AT&T Wireless and General Counsel at Cellular One of San Francisco. Josh earned a J.D. from the University of California Hastings College of the Law and a bachelor’s degree from the University of Oregon.

Risk Aversion and the Business Lawyer

Scott Greenfield recently took issue with the notion of “risk aversion” being seen as a negative for lawyers. And as Scott notes, there are all sorts of reasons for criminal defense lawyers to be risk averse, but in the corporate legal world it’s a different story.